Hi all!  So we are loving Central Europe so far!  It is a bit on the cold side, but still very beautiful and a nice way to end our long vacation.  Hoch – I wouldn’t call our time in Asia a vacation in the strictest sense of the word; more like a journey or adventure. I was actually getting a little jealous of missing out on all the fall activities back home (it is my favorite season!), but being in Europe during this season is a nice alternative and definitely makes up for what I am missing.  Plus, I’ll be home soon enough, so I am just enjoying the last month as much as I can.  We started out with Poland and are slowly making our way south in hopes of chasing warmer temps, but I don’t think it will make too much of a difference.

We started out in Warsaw which is the capital of Poland.  The city (like most in Europe) has so much history.  80% of the city was destroyed during WWII so most of the buildings have since been rebuilt.  The city has a very open and spacious feel to it.  It is very clean and one of the first things we noticed (and didn’t realize how much we missed) was how WIDE the sidewalks were.  They were such a nice change from little to non-existing sidewalks and avoiding motorbikes and other vehicles in Asia.  It’s funny the things you take for granted.  H – other things we missed: functional and clean public transportation, city planning, reliable water and electricity, pedestrian priority, maps, and people that can understand maps. Anyways, the city has a young feel to it in part to the university near the city center.  We went out to some local bars one night, but it was during the week so it wasn’t very lively aside from people watching a football (soccer) World Cup qualifying game at a few places.  I think the weekend would’ve been a better time to visit if you’re looking for night life.

A few touristy things we did include:

Warsaw is a cool city filled with history, but I will say I am glad we went there first because Krakow is where it’s at. 😉

The city of Krakow dates back to the 7thcentury, is one of the oldest cities in Poland, and served as the on and off again Polish capital for centuries.  The old town is much larger than the one in Warsaw and remained mostly intact during WWII due to the city being seized early and named the capital of Germany’s General Government (German zone of occupation).

Nowadays, the city is vibrant with amazing architecture, a lot of places to see, and a pretty good night life.  We ended up staying a little longer than we were originally thinking due to lack of planning in advance, but we thoroughly enjoyed our extra time there.  Our hostel had nightly dinners and social events that we partook in which led to a couple of hungover mornings.  Both mornings we were out of commission and did not do much; we just can’t hang like we used to.

H – nightlife, for me, means getting drunk and eating stuff so I usually tend to struggle with the typically European concept of “let’s see who can stay up the latest while nursing a cocktail.”

Not far from Krakow is Auschwitz (more on this later) which is a must see when in the area.  We didn’t research visiting it until right before our arrival and learned that it books up quickly which is why we prolonged our time in Krakow.  Before making it to Auschwitz, we were able to visit the following places: 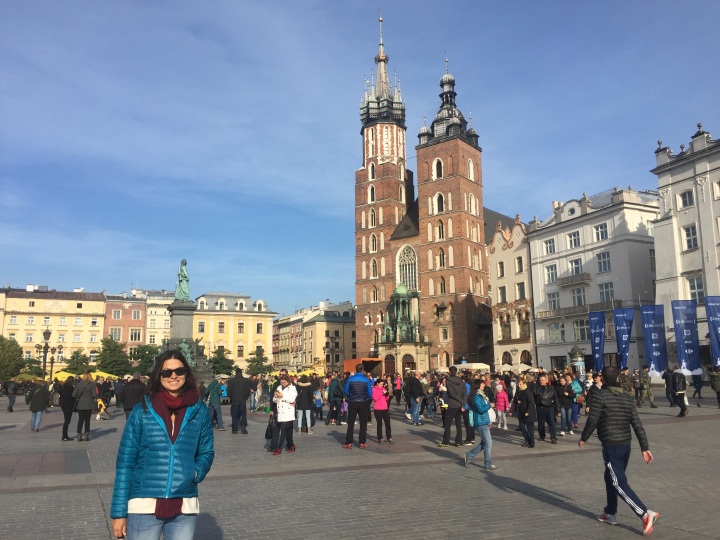 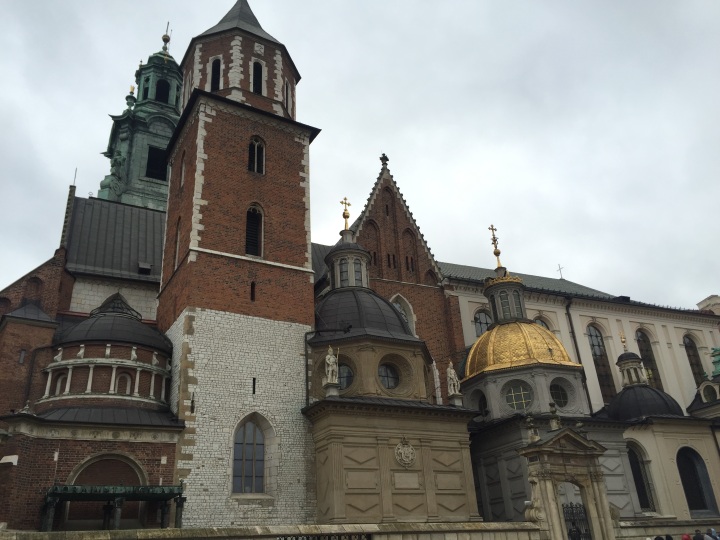 Our last day there, we went to Oswiecim which is where Auschwitz I and Auschwitz II – Birkenau are located.  These are locations of German Nazi concentration and extermination camps.  The name Auschwitz is how Germans pronounce the city Oswiecim.  As you can imagine, these places are not exactly fun to visit.  We visited on our own instead of joining a tour group which was OK, but if I were to do it again, I think I’d want to join a group to see what else the guide would have to say.  Auschwitz I is where we spent the majority of our time.  We went from exhibit to exhibit reading about the history and the conditions and happenings of the camps.  Prisoners would arrive via train and then go through a selection process.  The weak, sick, young, and old that could not be used for work were sent to the gas chambers immediately.  They were told they were going to shower, had to undress, and were crammed into the chambers which had fake showerheads.  At Auschwitz, the pesticide Zyklon B was used to kill the victims.  Afterwards, the bodies were cremated but first any gold teeth were pulled and women’s hair shaved (used their hair for making fabric).  One of the exhibits included a HUGE display of shaved hair that was very, very disturbing.

For those that made the selection process, they worked until they were too weak to continue.  The food rations were small and many starved to death.  Also, the winters were brutal and with minimal clothing many struggled to make it through the winter.  Some exhibit photos showed just how small the victims became.  They looked like walking skeletons!

Auschwitz II Birkenau did not have any exhibits, but you could walk through the camp and take in how large it was.  There are rows and rows and rows of what were the buildings in which the victims lived.  The barbed wire fences are still up and you can imagine what it must’ve been like.  In the end an estimated 1.1 million people were killed here.  It is extremely sad and at times, I actually felt the need to throw up from the thought of it.

If you’re ever in the area, this is a must see.  I know it is sad, but people need to learn about and see it to remember that this shit happened and can happen again (the Killing Fields for example).  It is important to remember so that we can prevent anything similar from happening again in the future. H – remember people, no more Jew killing!

On a lighter note, I figured I’d share some photos of our delicious meals in Poland.  One thing to note, our bodies are now having to adjust to the increase in meat consumption.  The dishes are obviously very different than Asian cuisine, but are a much welcomed change. 🙂  H – oh fuck yeah.

Hover or click on the photos for their description.  Hope you’re not hungry! 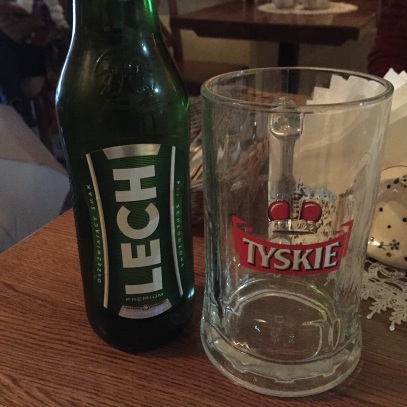 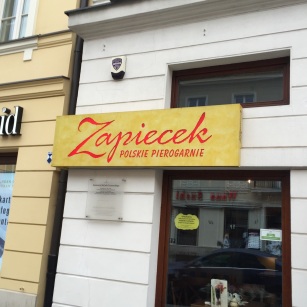 Traditional Hot Chocolate – really thick and a bit much 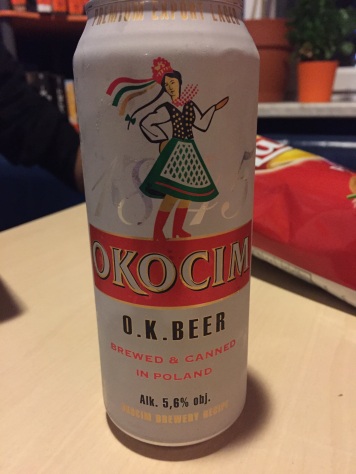 Check out this link for more photos of our time in Poland:

That’s it for this post.  Next one will be on the Czech Republic!