Hi everyone!  So it’s officially the final country post on our world travel adventures. Hoch and I decided to splurge and go out with a bang for our last stop, and Iceland was the perfect way to go.  It is very expensive, but also very much worth it.  If you like the outdoors, you will looove Iceland. Hoch – just to give an idea, a hostel bed in Iceland was minimum $35 whereas we were used to $6-$12, including in Eastern Europe. We ended up paying around $70 a night for a decent Airbnb with a great kitchen. Also a disclaimer or sorts; Icelandic is basically unchanged from the ancient Viking language of the yore. Nothing makes sense and we quickly gave up learning to pronounce anything. You should too.

Our primary goal was to see the Northern Lights and we booked a tour early in the trip so that if we missed it, we would still be able to try to see them another night.  Besides that and our AirBnb lodging in Reykjavik, we did not plan too much until our arrival which ended up being a bit of a mistake.

Some lessons learned from our time there:

All that said, we worked with what we had.  We rented a car on our second day and had some rather early mornings in order to drive to see some amazing sights during our short 5 day stay.  Unfortunately for us, the weather wasn’t desirable for spotting the Northern Lights and our tour group ended up being cancelled and rescheduled every night we were there.  So that means we will have to return another time to see them. H – all Northern Lights tours offer unlimited attempts until you see the damn thing.

Our first full day there, we joined a walking tour of Reykjavik.  Our tour guide was a bit goofy, but it was an enjoyable tour minus the fact that it was windy and cold!  Our guide even commented on how lucky we were with the weather that day.  We initially thought he was joking, but he was actually being serious.  At least it wasn’t raining, snowing, or hailing.  But that wind tho.  It was brutal.

Some photos from the city:

Some city views from the top: 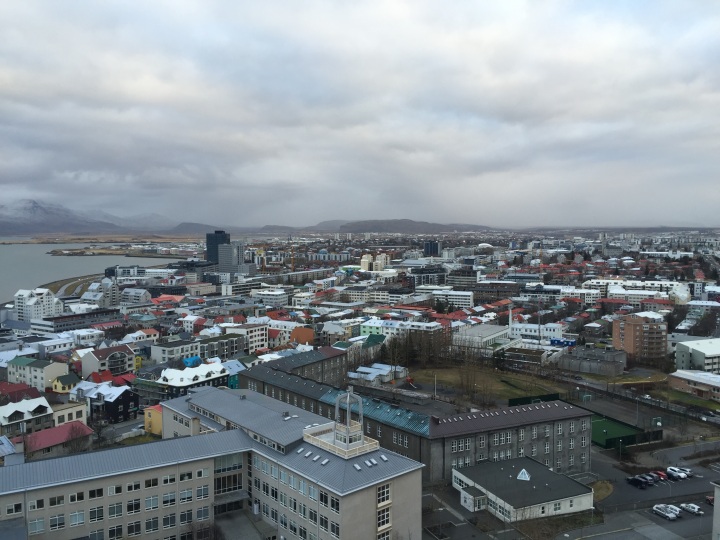 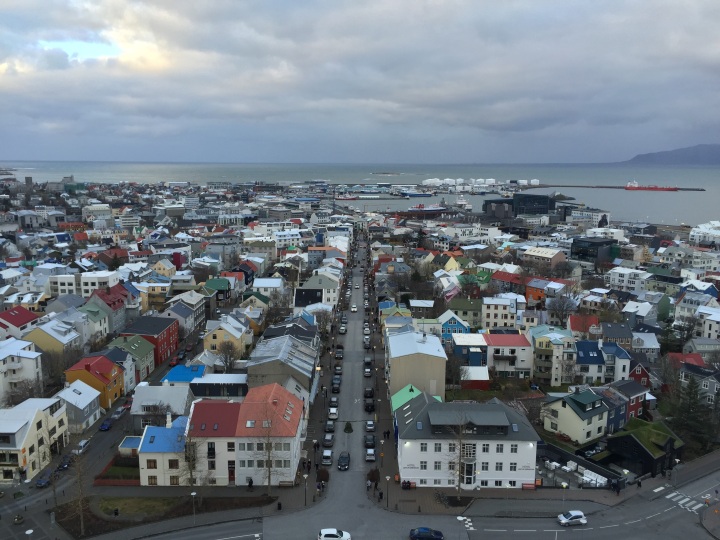 Reykjavik is a neat city, but for us, the fun really began once we rented a car and could see more of the countryside.  We were only able to explore 2 full days, but our mini road trips were definitely the highlights of the trip for me.  I did some research on places to see and we came up with a couple of tentative itineraries.

We completed what is known as the Golden Circle (a popular tourist route), went snorkeling along the Silfra fissure (a crack between the North American and Eurasian continents), and ended up at the Blue Lagoon geothermal spa.  Now talk about a long, but rewarding day.

This ended up being my favorite day.  We spent a lot of time in the car, including leaving at 5am to drive the first 5 hour stint, but we were able to see some very cool things.  The weather in Iceland is all over the place and we experienced it first hand.  One minute it would be snowing, the next it would be sunny, then windy, and then hailing.  It was crazy.

As I mentioned before, it was a long day spent in the car, but my favorite day of all our time in Iceland.  Once the sun set, we headed back for dinner and to pack for the airport.

H – after Iceland, I headed to Seoul (via Frankfurt and Qatar) to spend some additional time with my family while Kimberly headed to North Carolina and spent Thanksgiving with her family. Not exactly the end of a 6-month long trip we had imagined, but we certainly needed time with our respective families.

Well that is all for our adventure.  For more photos from Iceland, check out this link:

We have a lot of go-pro footage and will slowly be sorting through and creating videos of our trip, so be on the look out for those (bear with us, it will take some time!).  Also, we plan on posting a summary of the expenses for those that are interested in the financials of an extended trip like this. 🙂

Hope everyone is enjoying the holidays!